I was 15 in Caracas when I encountered Sam Olson, a local pastor who was just taking over a church his Dad had started. He was an innovator and started the first home for drug addiction recovery in the city. As one of the initial volunteers, Sam taught me to think outside the box. As I moved on, I met other men from various walks of life who deposited precious knowledge in me which have formed the person that I am today.

Since then, I have understood that mentoring is an intrinsic part of becoming a mature person, one who is able to expand the capacity and gifts one has been entrusted with. 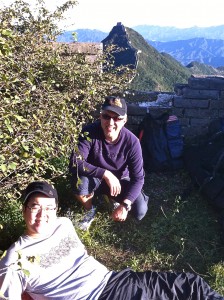 Camping on the Great Wall

The years that I lived in China were filled with relationship-building with many young people who had gone there with dreams of grand impact and meaningful contribution. It was exciting to hear their stories and see their dreams come to fruition in this land of unlimited opportunities.

The greatest personal deficiency that we most often saw among several of our young friends was that of the lack of Mothers and Fathers in their lives. They had their natural parents but often their parents had not nurtured them. So, we opened our homes, our ears and hearts, and our refrigerator and we shared life together.

My wife and I always received as much as we gave and often more.

There are three lessons I consider invaluable in this process:

First, one must be willing to be vulnerable and ask the difficult questions that we would rather avoid. I usually ask, “How is your love life?” and I have heard many tales but always have received a thanks for asking the questions that no one dares to ask. To enter into these topics one must be willing to share even those shadier sides of our lives.

Secondly, one must be willing to give people permission to make mistakes. To do this, one must both learn and teach others through the mistakes we’ve made. In giving permission, one must be prepared to “pay for their mistakes”.

Finally, I have learned that one must hold these relationships with open hands. No one is required to do what we say or follow the way we live. It must be left as a choice. This requires an awareness that one’s fulfillment must always come first from an internal satisfaction that we are doing what we are called to do.